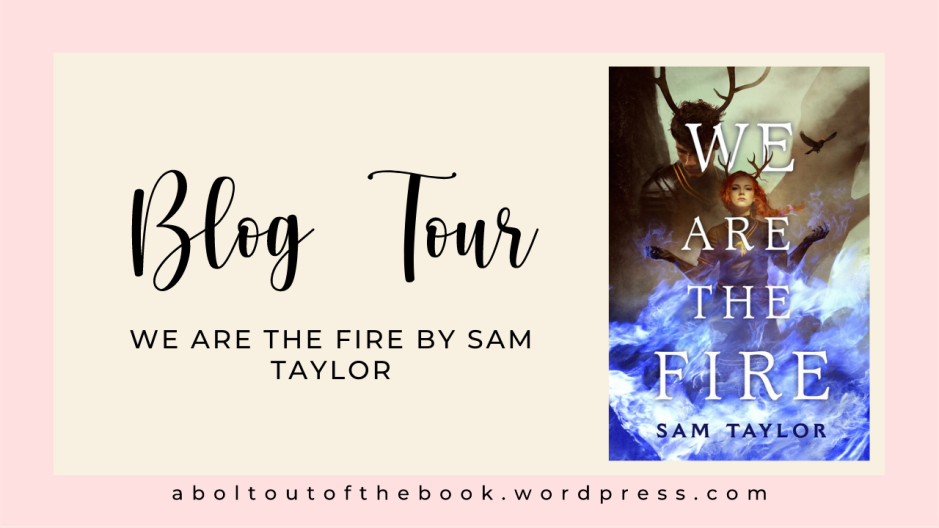 Hello everyone! Today I’m bringing to you my stop of the blog tour for We Are the Fire by Sam Taylor, a book that was compared to one of my all time favourite series: An Ember in the Ashes. *dramatic music*

WE ARE THE FIRE by Sam Taylor

As electrifying as it is heartbreaking, Sam Taylor’s explosive fantasy debut We Are the Fire is perfect for fans of An Ember in the Ashes and the legend of Spartacus.

In the cold, treacherous land of Vesimaa, children are stolen from their families by a cruel emperor, forced to undergo a horrific transformative procedure, and serve in the army as magical fire-wielding soldiers. Pran and Oksana―both taken from their homeland at a young age―only have each other to hold onto in this heartless place.

Pran dreams of one day rebelling against their oppressors and destroying the empire; Oksana only dreams of returning home and creating a peaceful life for them both.

When they discover the emperor has a new, more terrible mission than ever for their kind, Pran and Oksana vow to escape his tyranny once and for all. But their methods and ideals differ drastically, driving a wedge between them. Worse still, they both soon find that the only way to defeat the monsters that subjugated them may be to become monsters themselves.

Thank you to Xpresso Tours, NetGalley and the publisher for providing me an ARC of this book for a sincere review.

We are the Fire follows Pran, determined to rebel and Oskana, whose only wish is to go home, who are two soldiers stolen from their homes at a young age and forced to go through a terrible transformative process such that they will develop fire abilities for the army.

As mentioned before, We Are the Fire was compared to An Ember in the Ashes, which was rather bold as these kind of references never fail to skyrocket my expectations.

“They were fire demons. It was always, always, come hell.”

I could definitely see the similarity between the two, with We Are the Fire mastering creating such a brutal environment with the strict rules, inhuman treatment and disregard for the soldiers… that set the serious, sombre tone up effectively, as well as building up to the rebellion. Furthermore, the characters oh are a mess, through all the tension between them and all the tangles they got themselves into, making the book so gripping!

Another thing I enjoyed about We Are the Fire was all the action. Once you get about 40% into the book, everything starts moving and weaving together all at once. The fight scenes were incredible to read about, with SO MUCH FIRE INVOLVED, written at an intense fast pace. These action scenes to me, strung together create such a solid backbone for the book.

“That fire beneath them seemed as wide as the sea, yet they kept flying across it, fingers entwined, rising higher and higher like they might join the stars.”

But that was where the similarities to An Ember in the Ashes ended.

I know I do sound quite vague in this review, not able to be exactly specific and this was because of the lack of worldbuilding here. Worldbuilding was essentially zero. We have some leading plot point about a random country wanting to invade casually mentioned at times, without much context being given… I’m still trying to figure out why they wear antlers on their heads (not really world building but the lack of detail was disappointing)… and I couldn’t even comprehend where exactly everything was taken place at.

And oh the most disappointing and repelling aspect of this book was the romance. *cringe cringe* It was rather unique that Pran and Oskana started out as lovers and instead of the normal progression to falling in love we see in books, we see how their relationship fluctuates dramatically after that. But ugh, it was so cliche and cringey. The same repetitive “fierce protectiveness”, the writing of scenes between then made me cringe, it was all around a huge let down and dampened the book.

However, the world building and romance being severe disappointments aside, one aspect that I particularly enjoyed reading would be the theme of power and its responsibilities. We saw power being abused right form the start with the empire stealing children and forcing them to undergo gory procedures, the Commanders (instructors of the army) exploiting the soldiers… and we see our characters, particularly Pran experience the massive power and influence over a group for the first time. How inexperienced and how much he struggled with responsibilities of making hard choices and keeping promises was rather well written!

“Not everything that comes from fire is terrible and ugly.”

Overall, I don’t think that We Are the Fire lived up to its comparison to An Ember in the Ashes due to the poor world building and romance, but it was entertaining to read and the theme of power was explored satisfyingly!

Sam Taylor grew up in Arizona’s deserts and now lives among Connecticut’s trees. She spends her days writing, being mom to the world’s cutest boys, whirling through dance workouts, and baking too many cakes. She does not possess fire magic, but does have one fire-colored cat. We Are the Fire is her debut novel.

Is We Are the Fire on your TBR? Have you read An Ember in the Ashes?

29 thoughts on “Blog Tour: We Are the Fire by Sam Taylor [Review + INTL Giveaway!] | the book compared to An Ember in the Ashes but flopped” 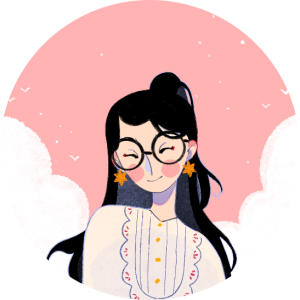