As an avid historical fiction fan, people have always been recommending me Ruta Sepetys books. And now I have finally experienced one.

Honestly, I have no idea how to feel about this one. I went in with high expectations of it being a haunting and emotional book. I came out with a bit of a mash-up. There are many aspects of it I love and many that were lacking in.

It was both haunting and dry. Harrowing and flat.

SALT TO THE SEA by Ruta Sepetys

While the Titanic and Lusitania are both well-documented disasters, the single greatest tragedy in maritime history is the little-known January 30, 1945 sinking in the Baltic Sea by a Soviet submarine of the Wilhelm Gustloff, a German cruise liner that was supposed to ferry wartime personnel and refugees to safety from the advancing Red Army. The ship was overcrowded with more than 10,500 passengers — the intended capacity was approximately 1,800 — and more than 9,000 people, including 5,000 children, lost their lives.

Sepetys (writer of ‘Between Shades of Gray’) crafts four fictionalized but historically accurate voices to convey the real-life tragedy. Joana, a Lithuanian with nursing experience; Florian, a Prussian soldier fleeing the Nazis with stolen treasure; and Emilia, a Polish girl close to the end of her pregnancy, converge on their escape journeys as Russian troops advance; each will eventually meet Albert, a Nazi peon with delusions of grandeur, assigned to the Gustloff decks.

Salt to the Sea tells the story of four individuals during the year 1945: Joana, Florian, Emilia and Alfred… each having vastly different backgrounds and traumatic secrets. Their paths converge when escaping and boarding the Wilhelm Gustloff, a German cruise liner to bring people to safety, away from the clutches of the Soviet troops.

Guilt is a hunter. My conscience mocked me, picking fights like a petulant child. It’s all your fault, the voice whispered.

The writing was beautiful. Brutal. And ever so impactful. Ruta Sepetys has the kind of writing style which immerses you immediately. She doesn’t waste words. She makes every one count. Many of her sentences are short, abrupt which really fit the mood of the book.

There is also a lot of thoughts of the characters portrayed which I felt made me more invested in the story. Furthermore, there are so many unexpected symbols in the book which just gave me the chills such as shaping innocent and happy things into those of tragedy and disaster.

One thing I loved about the writing was the parallelism. As the book starts off, a similar beginning and ending is used to introduce each character. I was so impressed by how all the characters related to each other right from the start, with something different hunting each of them, be it guilt, fate, shame or fear. It was a powerful start and I loved the callback in the end which highlighted that despite how much one went through, those negative emotions would always rise up and plague them. Frustrating but realistic.

I wept because I had no shoes, until I met a man who had no feet.

As I read on and on, I realised how well thought out Salt to the Sea was. And marvelled. There was so much parallelism and contrast going on. One example would be the theme of heroism. Of glory and honour. We have one character who is infatuated with the notion of being a saviour. And thinks that the way to be one is through self-pride, looking down on others, not having any mercy. This juxtaposes sharply with the other characters who just wanted to get through the war but end up being heroes through their desire to help others, resulting in much sacrifice.

Also, when I realised the reasoning behind the name of the book I was shattered ahhhhh…

Family was a core in this book, something I could resonate strongly with. In Salt to the Sea, both the impacts of blood-related family (which there was a lot of drama and trauma about) and found family (whilst they endured hardship together). I deeply cherished that exploration and how this theme related back to what hunted each individual character.

I became good at pretending. I became so good that after a while the lines blurred between my truth and fiction. And sometimes, when I did a really good job of pretending, I even fooled myself.

That being said, Salt to the Sea had some major flaws.

The characters. As mentioned above, I loved the concept of the characters, all so unique, most of them so brave and possessing the human spirit that shone in war. The backstory and secrets were great. However, I was not able to connect with them much. The only one I felt I was able to feel for would be Joana. Alfred was just getting on my nerves, Emilia’s story felt bleak and boring, Florian was a little better but I just couldn’t relate.

For some reason, I can’t put my finger on why. Ruta did provide many many insights to their thoughts but perhaps the reason was because they didn’t have enough time to brood. The story felt rushed. And the short chapters did not do anything to help the development. Without putting my whole heart into rooting for these characters, I enjoyed the story much much less.

Honestly, I did not think the four character centring to be too much. I feel that a longer book with longer chapters and a slower pace with pages dedicated to the feelings and thoughts of the character instead of a mere one page would have been beneficial in allowing the development of these characters.

I moved from body to body, treating blisters, wounds, frostbite. But I had no treatment for what plagued people most the most. Fear.

You see, I loved the concept of this book – how well thought out it was as that really shone through the pages but the factor that brought my rating down from an original four stars was the lack of connection to the characters. I had expected to be emotional and blubbering for them during hardships but suffice to say, I was not moved much.

Have you read Salt to the Sea? Did you feel just as conflicted as I did? Have you read any of Ruta Sepetys’ other novels, or any war novels you enjoyed?

14 thoughts on “Review: Salt to the Sea by Ruta Sepetys | A Well Thought-Out War Novel that Failed to Emote” 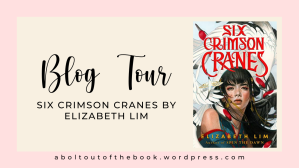 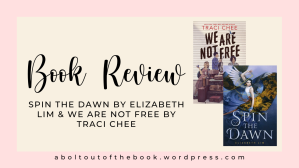 Copyright © A Bolt out of the Book 2020-2021. Do not use anything without explicit permission from the blogger, or crediting the blogger and providing a link to the website.